11 Exotic Animals You can Legally Own in the USA 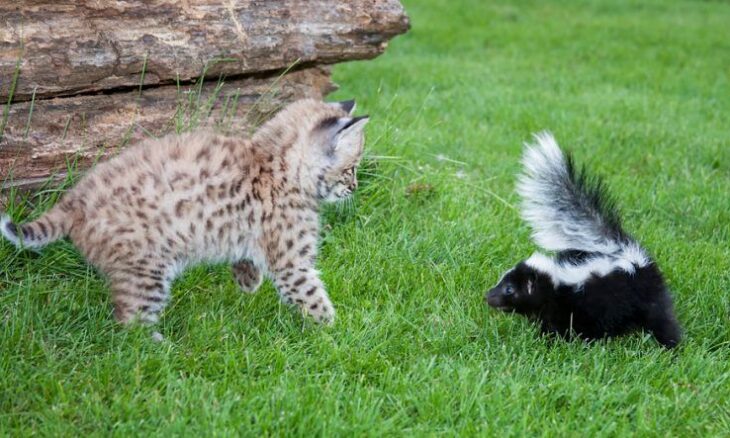 Even in the USA with its many regulatory bodies and layers of laws from federal all the way to local, the regulations on owning exotic animals are quite lax.

In many places, you can own a wide variety of species including reptiles, amphibians, insects and more. Here are 11 exotic animals you might be able to keep as pets if owning a cat or a dog just isn’t interesting enough.

The cute and loveable hedgehog, though a lot more common in the last decade than the previous one, is still considered exotic.

They are a popular choice not only due to their appearance but also due to how they are not much more difficult to care for than a hamster or gerbil.

It may seem strange but it is legal to keep a fox as a pet in a handful of states. The laws vary, but in most cases fox pets are rescues that cannot safely be reintroduced to the wild.

Foxes have been domesticated for centuries but they still retain their wild instincts so it’s not recommended that anyone try keeping one at home unless they have experience doing this sort of thing.

They’re also very territorial which means that keeping a fox in a house with a cat or dog is a no-go.

Chimpanzees were the go-to exotic pet for eccentrics several decades ago, but interest in them has waned over the years. They’re very difficult to care for properly and are known to lash out when unhappy.

Unless you have the means to properly support raising a chimpanzee, it’s best to leave it to the professionals.

Yes, running across a skunk in the wild can be a smelly affair. But, pet skunks are super cute without the stink. That is because their scent glands have been removed.

You cannot own a skunk in every state and laws are constantly changing, but there are over a dozen states that are OK with the practice.

Technically a rodent, capybaras look more like a mix of a gopher and a beaver. They’re absolutely adorable but prefer living with other capybaras, so if you plan on getting one, you should also get it a friend.

Moving away from cute and furry to large and feathery, in a few states (Utah, Tennessee, and Oklahoma) it’s perfectly legal to own an ostrich. These large birds need plenty of room to roam through so these are definitely not for city dwellers.

Related posts
1. Pet Friendly Cities in the US
2. Tips for Moving with Pets

A much more manageable feathery friend, this macaw is strikingly beautiful. Their blue feathers offset with yellow ey-rings make them very eye-catching.

These birds are not for everyone, however. They can live for over 30 years and require a lot of care. They also tend to play rough, even though they mean no ill intent.

Moving on to reptiles, quickly becoming a favorite option of many exotic pet owners is the gruff yet somehow cute bearded dragon. Hailing from Australia, these lizards are one of the more interesting and active reptile pets.

They are legal in most states, but if you live in Hawaii you are out of luck.

Believe it or not, some people actually keep alligators as pets. This is clearly not a reptile that’s for a first time exotic pet owner.

They are only legal is a few states though (Florida, Alaska, and Louisiana) and there is a lot of red tapes involved in most circumstances.

Sticking with the large and more dangerous exotic pets, you can actually own a pet bobcat in a very few select states such as Michigan and Arkansas. There are a lot of stipulations that go along with legal ownership too.

And, these aren’t house cats. You’ll need ample outdoor space for them to roam and exercise.

Another big cat that you can own in several parts of the USA are tigers (as Tiger King fans probably already know). And, like bobcats, they are quite harshly regulated in most of the country.

Getting your hands on a tiger isn’t easy either. You’ll need lots of money and some serious connections.

As you can see from the list above there is a wide variety on what types of animals are considered exotic. It’s not unusual to encounter a pet shop selling hedgehogs in states where it is legal. Yet, you aren’t going to find many shops selling pet bobcats.

Regardless of the animal, you might one day hope to keep as an exotic pet, keep in mind that every animal, whether it’s on this list or not, deserves to be treated with care and compassion.

And, you’ll always want to triple check federal, state, and local regulations before bringing a new exotic pet into your home.