Madhya Pradesh, the central state of India is considered the heart of the country for a reason. Its varying topography, grand and royal forts, enthralling wildlife, several caves, myriad temples, and rock structures are everything that makes it ‘Hindustan Ka Dil’ (Heart of India).

If you haven’t paid a visit to this beautiful state, here are the best tourist places in Madhya Pradesh you must cover for a better understanding of the culture and tradition of India.

Before talking about the areas to cover on your trip, we would like to tell you about the best time to visit Madhya Pradesh. During the months of the winter season, that is, from October to March, the weather remains pleasant for travel with an average temperature ranging between 5°C and 27°C.

If you want to explore the best areas of Madhya Pradesh tourism, you must go on this amazing tour. It is for all the history buffs reading this blog – you will love unveiling the layers of its history while exploring the forts and monuments.

By rail: The nearest railhead is Gwalior Junction

On seeing the Madhya Pradesh tourism map, you will notice that this route of tourist destinations in the state covers all the different colors existing here. No matter what is the purpose of your travel to MP – family tours, solo trip,s or honeymoon, you will go back al mesmerized. There are caves, historical moments, temples, lakes, and waterfalls to explore in this tourist circuit of the central state.

Bhojeshwar Temple, unfinished Jain temple having a 6-meter-tall statue of Bhagwan Shantinath along with statues of Bhagwan Suparshvanath and Bhagwan Parshvanath on either side, ruins of Bhoja’s Royal Palace and Parvati Caves

By air: The closest international airport to the region is Raja Bhoj International Airport of Bhopal, situated at a distance of 56 kilometers from Sanchi.

By rail: You can book train reservations to Sanchi Railway Junction from any part of the country. 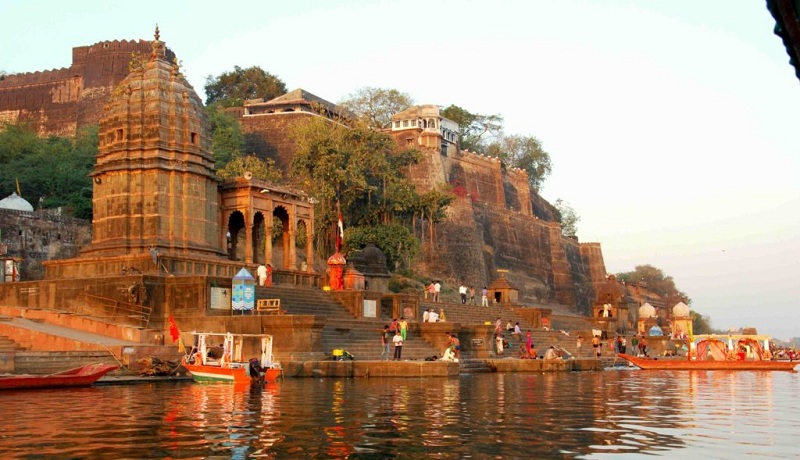 Going through the map of Madhya Pradesh, you will find these places forming a religious region in the state. The most sacred temples of the state are situated in these areas along with some popular religious centers.

By air: the closest international Airport is at Indore – Devi Ahilyabai Holkar Airport

By rail: The nearest railway junction is in Indore. 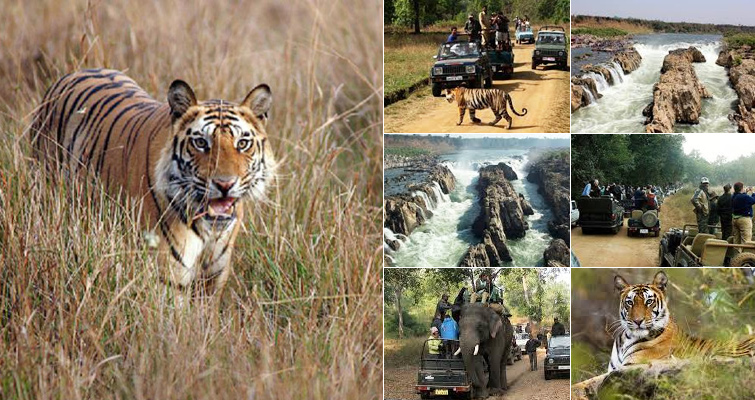 It is yet another popular tourist circuit in the state of Madhya Pradesh no less than a delight for avid travelers and nature lovers. You can have the best time exploring wildlife in India at the Bandhavgarh National Park and the Kanha National Park.

Some other attractive location in this route includes the Dhuandhar Waterfalls and white marble caves of Bhedaghat.

By air: The nearest airport is in Jabalpur – Dumna Domestic Airport

When planning a trip by air to Madhya Pradesh, you can find cheap flights at Indian Eagle. Make sure to fly to the airport nearest to your destination.

Srilu Uppari is an avid traveler who loves to explore new places. Traveling to offbeat, exciting destinations, meeting new people, and learning about new cultures has been one of her main passions in life.