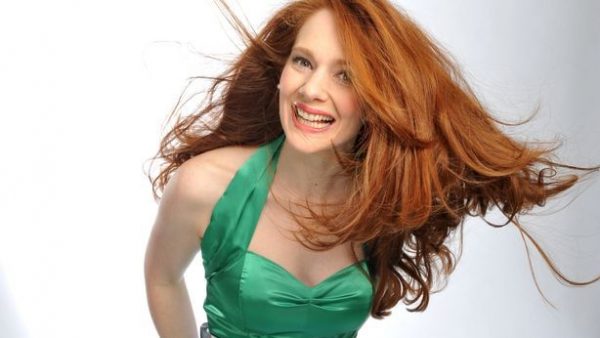 Do you want to explore and discover more comedians on the circuit? Thankfully, there are a lot of stand-up comedians that perform across the country and that are going to allow you to see a new show every week.

But, this does not mean that you should book tickets blindly. Instead, you want to do some background work on a comedian before you to go one of their shows. After all, you want to have a good time and laugh along with them.

As an example, have you heard of Diane Spencer before? She is a popular comedian and one that you can see in the UK. Let’s take a closer look at what she is like and what one of her shows could be like to see.

Popular All Over the World

Diane Spencer is not someone that is new to comedy. In fact, she is a veteran and has a lot of fans around the world. This is due to her cheeky and filthy shows, as well as her confidence and ability to say anything.

Indeed, she has performed at several comedy festivals all over the world. We are talking about the Edinburgh Festival, Adelaide and Melbourne International. So, she is no stranger to the crowd.

What’s more, she has a popular YouTube channel where you can watch videos from her. There are almost 100 videos here for you to view, with over 36,000 subscribers. In total, Diane Spencer has almost seven million hits on her YouTube channel. This gives you a better idea of just how popular she is.

Must See for Dark Humour

Would you say that you are a fan of dark humour? Then you may want to consider seeing Diane Spencer. She knows how to crack self-deprecating jokes and ones that will make you laugh.

She draws on her own experiences, as well as being risky with her dark humour. So, if this is something that you enjoy and that entertains you, she is one comedian that you do not want to miss.

Of course, dark humour is not for everyone and this is something that you have to remember. So, if you feel like this is not what you find appealing, it may be best to watch some of her previous shows beforehand. This way, you can get a flavour of what her humour is about.

So, if you feel like you are easily offended and are not able to laugh at the misfortune of others, this might not be the best show for you. But, as long as you watch some videos beforehand, this should prepare you.

But, when you go to see Diane Spencer, it is not just dark humour you can enjoy. She is also known for her vulgar storytelling. This is sure to have you on the edge of your seat, as well as some members of her audience being left with an open mouths. Indeed, expect the unexpected in her shows.

So, what type of topics will she cover? Well, every show is slightly different, which is the beauty of stand-up comedy. But, one thing is for sure, Diane is not afraid to approach almost anything. For example, she will talk about things like abortion and sex, as well as alcoholism.

There is no topic that is off limits. If you are looking for a fun evening with friends and are ready for explicit content, you are not going to be disappointed.

You should not just take our word for it when we say that Diane Spencer’s comedy shows are great. She has actually been nominated for many awards during her career, which shows that her humour is appreciated by many. For example, she was nominated for Best Female Comedian by the New Zealand Comedy Guild.

Later on in her career, she was nominated for the Best Comedy award at the Adelaide Comedy Festival. She was even named best newcomer at the Chortle Awards.

Therefore, if you are looking for a comedian to go and watch, consider going to see Diane Spencer. Her shows are guaranteed to be unforgettable and you will not want to miss out.

She is a comedian that is self-assured and not afraid to say what she thinks. In fact, if there is something that she always hates, it is people that are overbearing and self-entitled. So, beware, if you feel like you fall into this category, you might be in for an awakening!