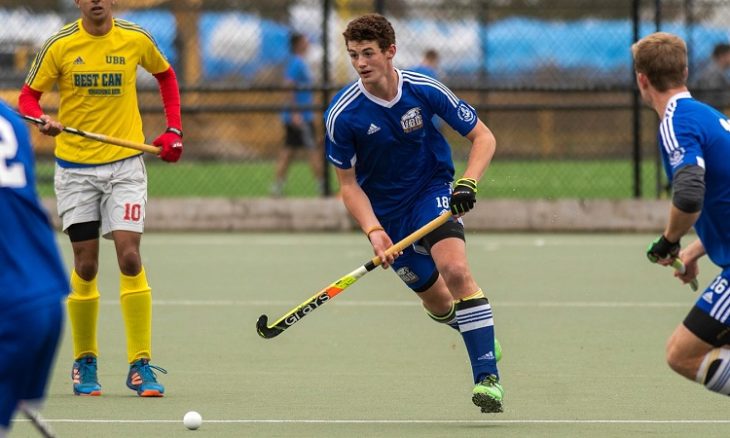 When talking about the Olympics, we cannot really miss out on the national sport of India – Hockey. This is one of those sports that always succeeds in offering incredible adrenaline high to the viewers and the fans alike. As opposed to the recent few years, Hockey has become exponentially more popular today throughout the world.

So, let us check out the top 10 best men’s field hockey teams in the world! According to Wikipedia’s FIH World Rankings 2021

Belgium has been given the name of the “Red Lions” its men’s field hockey team won the 2011 Champions Challenge. According to the recent FIH ranking,  Belgium is the number 1 international hockey team in the world. It also secured the runner-up position in the Olympic Games of 2016. In the World League of 2014-15, Belgium also succeeded in grabbing the silver medal.

In addition to that, they have a record of five consecutive wins from 2008-2012 in the champions trophy. They have a solid record of wins which makes them a definite contender and a strong hockey team.

The men’s field hockey team of The Netherlands is three times winner of the World Cup, a Champions Trophy Winner eight times, the winner of the Hockey World League Tournament in 2012-13, and the Summer Olympics winner.

What’s more, their untarnished record is enough evidence of why they have secured third place in the latest FIH World Rankings with 2237 points.

Furthermore, India has also won six consecutive gold medals from 1928-1956 in the Summer Olympics. Team India also went on to win its first World Cup in Malaysia in the year 1975.

Argentina is also known as “Los Leones” in Spanish or “The Lions” in English. It successfully secured the second place in the Hockey World League in 2016-17.

This made them climb to the top at the second place of the FIH World Rankings too. What’s interesting is that Argentina has been the only men’s field hockey team to win a gold medal for the US.

Germany is also a highlighted team as it defeated Australia in 2002 by 2-1 in the Men’s Hockey World Cup. This country has been a nine-time winner of the Hockey Champions Trophy, an eight-time winner of the EuroHockey Nations Championship and a four-time winner at the Summer Olympics securing a gold medal.

England is also not far off on the list, and even though they do not have a lot of gold to their credit, they are a rapidly growing and progressing team in the world of hockey.

They maintain their seventh position today in the latest rankings of FIH World. On the flip side, their women’s hockey team is up at the 2nd place of the ranking table.

Known as the “Black Sticks Men” the men’s field hockey team of New Zealand won the title of Champions Challenge in 2009 after which it quickly stole the limelight. They were also tough contenders in the Commonwealth Games of 2002 and 2010. Earlier of the year 2020 they were at the 9th place but according to the recent rankings, “Black Sticks Men” leave  Spain behind and secured 8th place.

Spain’s men’s field hockey team appeared in the World Cup in the year 1971. Up until today ever since their first appearance, they have managed to win one bronze and two silver medals in the hockey World Cup. Currently, the Spanish team stands at the 9th position with 1559 points in the FIH ranking table.

Canada is now in the top 10 list. Malaysia and France have also increased their positions by 1-1 point. They both are on now 11th and 12th spots.

This ups and downs in point table made Irish team slipped by 3 points and now they’re ranking on 13th spot with 1193 points.

The Irish Hockey Union united the men’s field hockey team of Ireland. They won a silver medal in the year 1908 in the Olympic Games but lost the final game to England. Moreover, the Irish team has also won the EuroHockey Nations Trophy twice.

So, there you go! This is the list of the top 10 best men’s field hockey teams in the world! Some teams performed exceedingly well while others not so! Here’s wishing them all the luck for the future games!